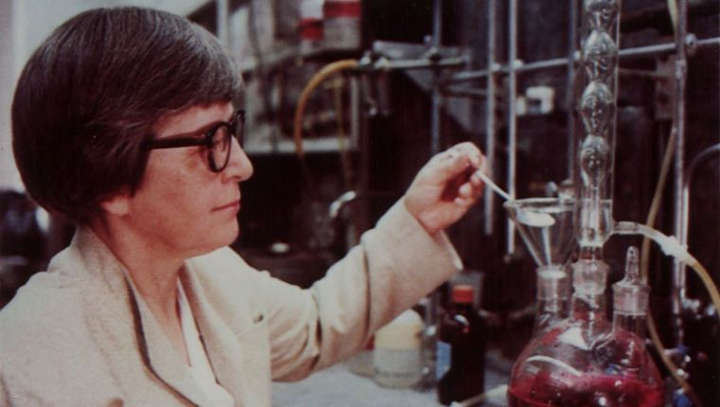 Stephanie Louise Kwolek (1923-2014) was an American chemist best known for her role in inventing Kevlar. Kwolek began her career in 1946. After graduating from what is now Carnegie-Mellon University with a B.S. in Chemistry, she was hired as a research chemist at DuPont's textile fabrics laboratory in Buffalo, New York. Six years later, she transferred to Wilmington, Delaware to work in the newly launched Pioneering Research Laboratory.

Kwolek has been named on a total of twenty-eight patents and won a number of awards for her work, including the National Medal of Technology and Perkin Medal. Kwolek was inducted into the National Inventors Hall of Fame in 1995 and the National Women's Hall of Fame in 2003. This digital collection contains photographs related to Kwolek and her career and achievements. Most of the photographs were between 1970 and 1990. The collection has not been digitized in its entirety. For a detailed description of the entire collection, which includes photographs, albums, press clippings, slides and videotapes click here to view the finding aid. Image: Stephanie Kwolek, March 10, 1999, Box 1, Folder 7, Stephanie Kwolek photographs and videotapes (Accession 2014.248), Audiovisual Collections and Digital Initiatives Department, Hagley Museum and Library, Wilmington, DE 19807. Click here to view this image in our digital collection.